Academic Regalia and Other Graduation Traditions

In the United States and throughout most of the world, the time from late April to early June is graduation season. Stores sell “Congrats Grad” banners, confetti, picture frames, and more. Graduation announcements featuring students wearing every color of cap and gown flood the mail system, and friends and family members anxiously try to get reservations at nice restaurants or complete final preparations for graduation parties. Graduation may be a unique, once-in-a-lifetime experience for the thousands of graduating students, but for professors and administrators, it becomes—like the mortarboard cap itself—rather old hat. Whether you’re new to the pomp and circumstance of graduation or you’ve attended more ceremonies than you care to count, there is always something new you can learn about this culminating experience.

In this post, we’ll dive a little into the fascinating history of academic regalia and help you better understand and appreciate the traditions and ceremonies of graduation.

After about an hour of sweating in the traditional shapeless robes and getting a stubborn forehead crease from the graduation cap, many graduates may begin to wonder where this strange costume came from and why people still bother with wearing it. Well, the tradition of wearing academic regalia, as it is called in the United States, dates back further than you might think. Harvard University was established in 1636 as the first college in what would later become the United States, and eight other colleges were established within the 13 colonies in the early to mid 1700s. All of these colleges (many of which would later become Ivy League universities) borrowed heavily from the academic dress and traditions of Europe, which dated back to the 1200s and had clear clerical ties. The gowns and hoods worn daily by clerics and academics from the medieval era up to the 1700s had both symbolic and practical purposes, serving both as a way of distinguishing scholarly rank and for warmth within the chill, stone buildings. In different regions and over time, the academic gown and hood have varied slightly, with different shapes, slits for the sleeve, and stylings. But the basic elements have remained relatively unchanged, though it is now only worn for ceremonies.

The graduation cap as we know it today is a more recent addition and was first seen in the 15th century. The cap is thought to have evolved from a hat called the biretta, used by Catholic clerics and professors. The flat, square top is often called a mortarboard, so named because of its resemblance to the flat board bricklayers used to lay mortar. Modern graduates often decorate their caps as a display of individualism within the traditional academic uniform. The tassel on the cap was meant originally for decoration, but it has evolved in the past 50 years to form an important part of the ceremony itself. Moving the tassel from one side of the cap to the other within the graduation ceremony has come to symbolize the transition from student to graduate.

As academic institutions in the United States became more prevalent, some of the more prestigious universities decided to create a counsel to establish academic dress standards. In 1895, they adopted the Intercollegiate Code of Academic Costume, which set forth the standard cut, style, and material for graduation gowns and established colors for trim that would represent the different fields of learning (seen most commonly for doctorate and master’s programs). The code sets a rather high formal standard, prescribing that all caps and gowns should be black. While the code still exists today, it has been modified and adapted throughout the 20th century, and institutions vary in how much heed they give it. 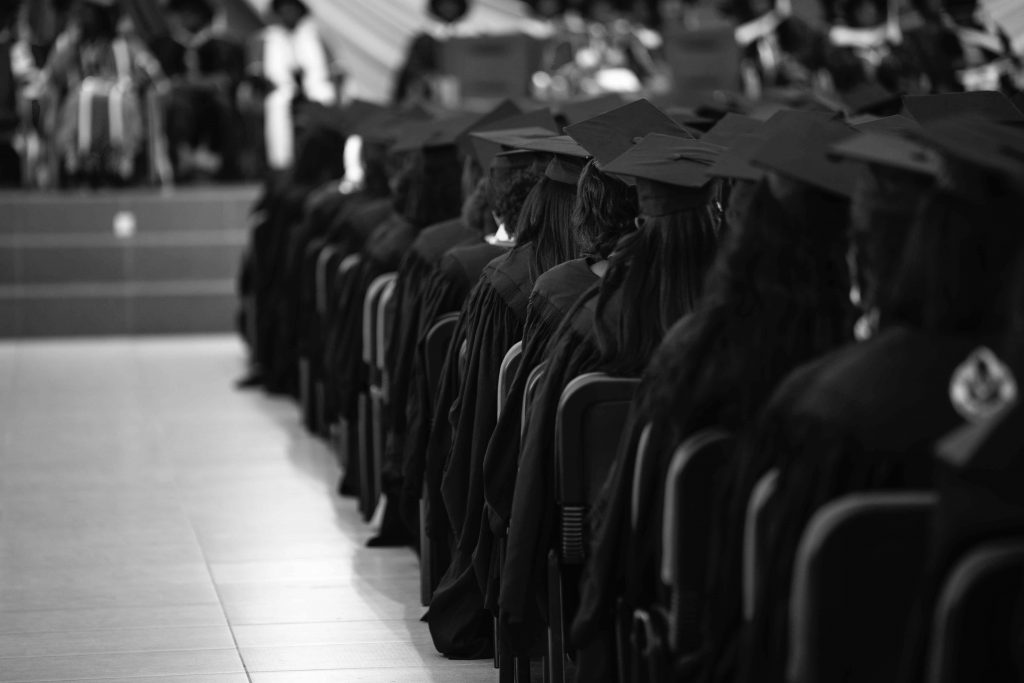 While most people are familiar with the traditional graduation march, “Pomp and Circumstance,” few know about its origins. Originally used during the coronation of King Edward VII, this song was popularized when it was played during the ceremony in which its composer, Sir Edward Elgar, received an honorary doctorate at Yale University. Other universities took up the anthem as a processional, and it soon became the standard for graduation ceremonies.

The tradition of tossing the graduation cap, while currently discouraged for safety reasons, was not originally used for mortarboard caps at all. In the 1912 U.S. Naval Academy’s graduation ceremony, new officers were given their navy officer caps during the ceremony. This led to a flurry of new officers gleefully casting off their midshipmen caps in favor of the new headwear, and students in academic graduation ceremonies soon adopted the tradition.

Modern graduation ceremonies are often split into two parts: the commencement and the convocation. The commencement ceremony is the university-wide assembly of graduates from all schools and degree programs and is marked by addresses by the university president and special guest or celebrity speakers. The convocation is a separate ceremony for the university’s respective disciplines and is a public celebration of individual student achievement. In this ceremony, each individual graduate walks across the stage to be photographed and recognized and to receive a diploma (or at least the diploma cover, as diplomas are usually mailed to the graduate afterward). The rolled paper that represents the diploma in these situations references the early days of academia when diplomas were made of parchment (paper-thin animal hide), handwritten with the graduate’s degree status, and delivered as a scroll.

Recognizing the proud history and tradition of these graduation ceremonies helps us appreciate our place in history and the honor of joining in this long-held legacy. It’s no wonder that these festivities have grown in popularity and are now conducted for high schools, as well as occasionally for middle schools and even elementary schools. 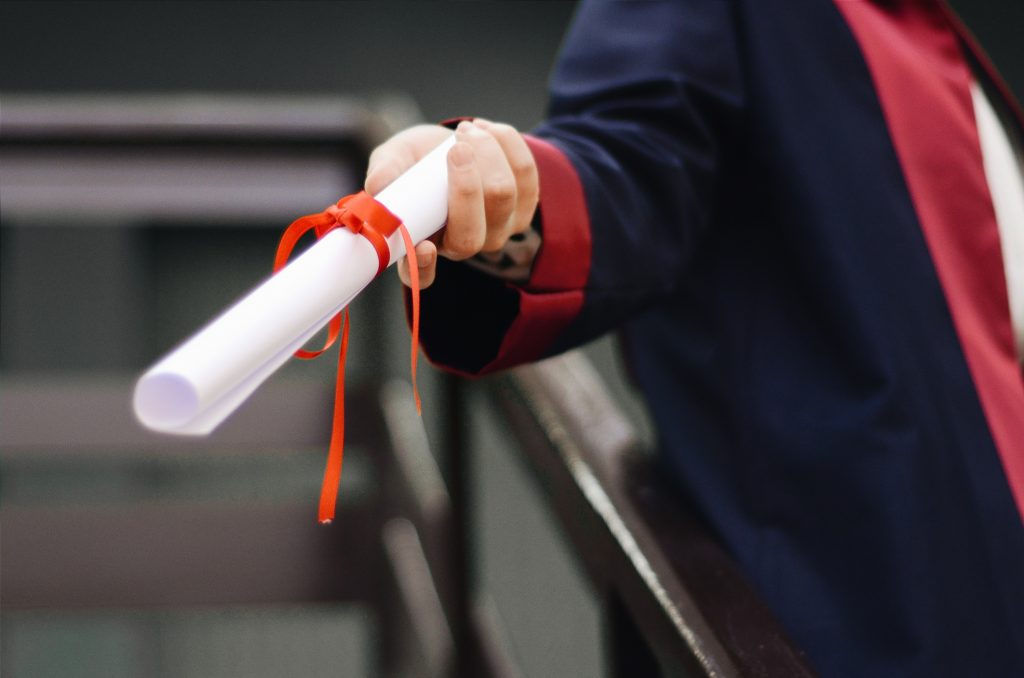 Graduation day and its ceremonies are a culmination of years of rigorous academic work. But learning doesn’t end when you hang up your cap, put your diploma in a frame, and enter the workforce bearing your BA, BS, MA, or PhD. You may not always remember who you sat next to at your graduation ceremony or what the speaker said. You may not even remember the names of your professors as the years pass. But you can always reference and build upon what you learned in your university years. Education is a lifelong pursuit, and at MyEducator, we match the longevity of learning with lifetime access to your textbooks. To all graduates, recent or far-removed, we wish you the best in your continued learning pursuits.

“The History of Graduation Caps and Gowns.” Herff Jones.
https://www.herffjones.com/resources/graduation/the-history-of-graduation-caps-and-gowns/ 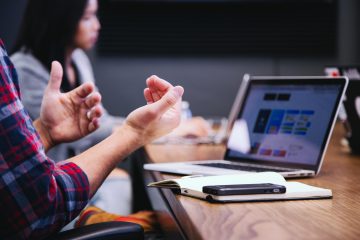 Advantages of and Strategies for Blended Learning 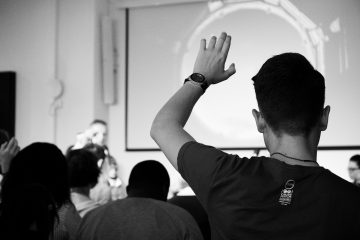 Student Engagement and Active Learning Encouraging student participation in the classroom is an age-old goal that all instructors strive for. Involving students—and engaging true learning—has only gotten more difficult to achieve with the shift to Read more… 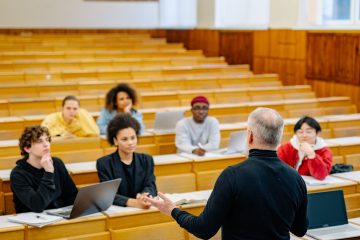 Teaching about the Pandemic: Case Studies in the Age of COVID

There is no doubt that the COVID-19 pandemic changed the world. It likely changed your industry or academic field as well, and students can benefit from discussing COVID-related disruptions and innovations in light of key Read more…